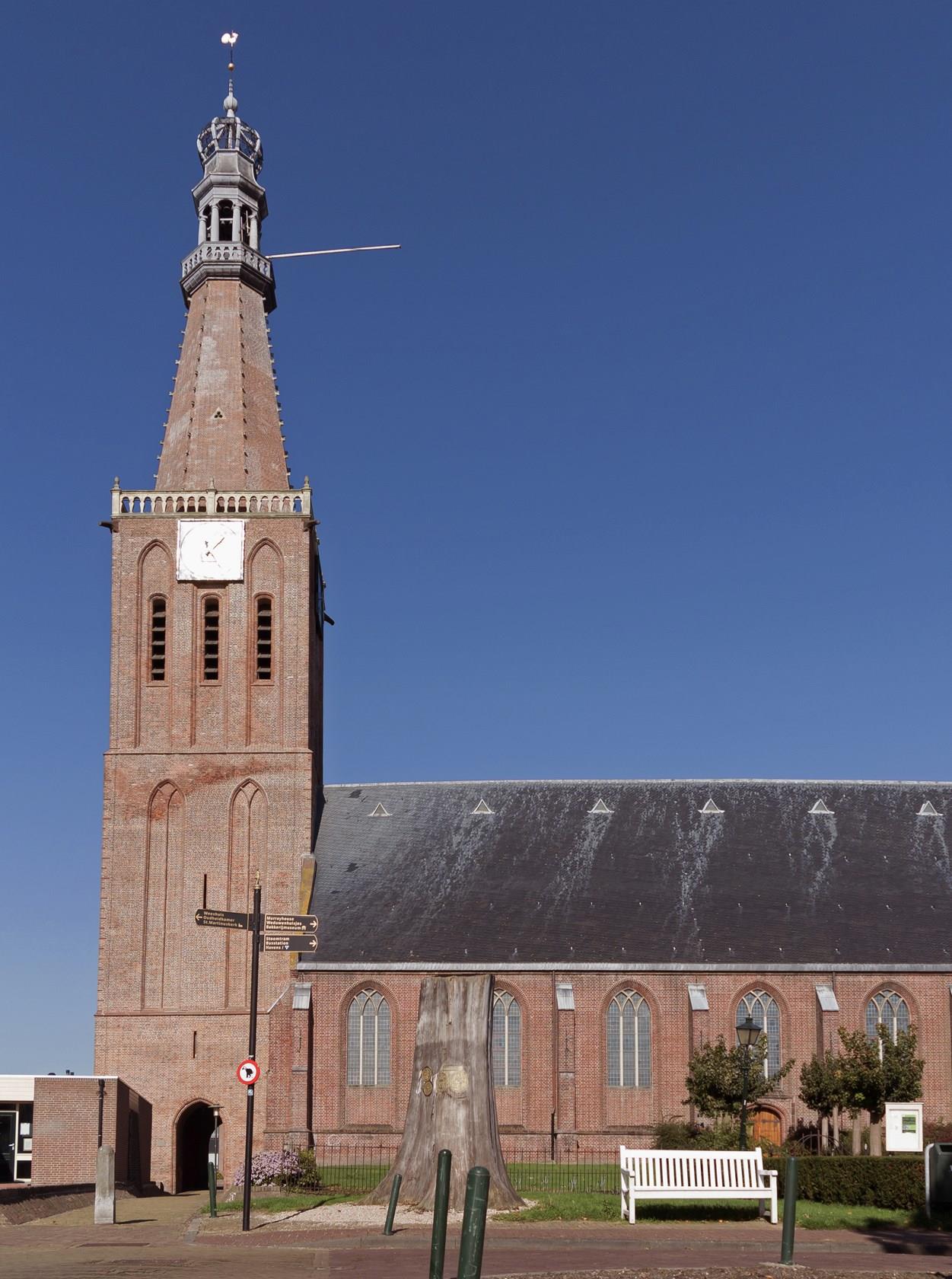 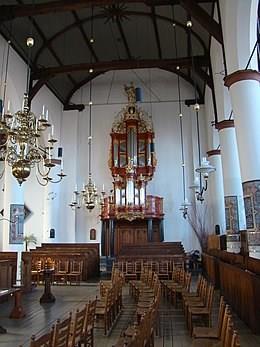 The church is a late Gothic hall church with three aisles. The Southern aisle shares a roof with the nave. The church floor was raised in 1639, most likely to create more room for graves. As a result, the foundations of the pillars beneath the present church floor have disappeared. In 1866 the church was reduced by about 20 metres due to deterioration. Both choirs on the east-side and an extension on the north-side were demolished. Eight stained windows located in the choir disappeared as a result. One window is known to have ended up in a mansion at Guernsey. In 1902 the church was renovated once again, where the walls were plastered with Portland cement. The high salt content of the walls posed a big problem for the church. Every layer of plaster detached sooner or later. Only Portland cement proved strong enough. The downside however was that the interior of the church became very sombre.